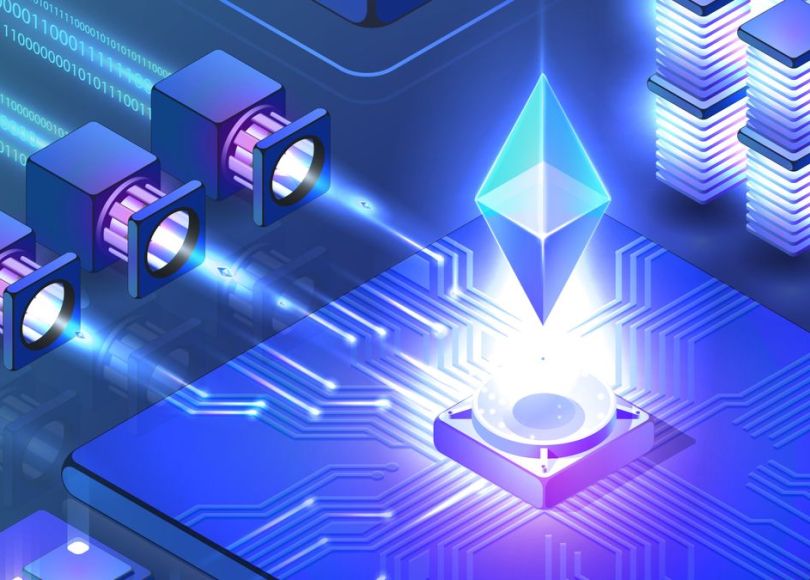 Ethereum 2.0 is now officially set to launch on Dec 1, thanks to the last minute swell in the number of deposits made to the Eth2 deposit contract. The contract now has the required 524,288 Ether (ETH) locked in. An equal amount of ETH will be created on the Ethereum 2.0’s beacon chain when it commences on Dec 1. The validators will use it as their stake to operate and secure the platform. The complete transition to the PoS-based network will happen in four phases, with the first one – the Beacon chain – set to go live next week. In this phase, users can neither transact their Ethers nor deploy smart contracts. This stage is more for the validators to get familiarized with the operations and security. According to Vitalik Buterin, the complete transition would essentially take five to ten years.

Bitcoin Briefly Soars Past $19K but Slumps Back To $17K

On Tuesday, when Bitcoin price crossed the US $19,000 threshold, everyone was anticipating the premier currency to break its previous all-time high of $19,783 in no time. Instead, the price dropped drastically by 11 percent overnight to lower $17K. This dramatic crash is attributed to many factors, including a surge of withdrawals from the OKEx exchange that resumed its full operations this week. Notwithstanding the plunge, Bitcoin reached a high of US $19,312.39 for the first time since Dec 2017 earlier this week. The leading currency was trading at $16,915 at the time of writing. Alongside, the market value of Bitcoin rose to US $352 billion on Tuesday, surpassing the total market cap of JP Morgan.

Meanwhile, the price of the second largest cryptocurrency, Ether, also rose to $600 this week. It was the first time since June 2018 that Ether had accomplished this feat. The price mildly dipped soon, and at the time of writing, one Ether was costing US $511.67.

China Continues To Gain Momentum With CBDC and Blockchain

At the G20 meeting held early this week, China’s President Xi Jinping reportedly told the attendees that developed countries such as theirs need to have an open mindset towards the central bank digital currencies (CBDC). In his speech, President Xi touched upon varied topics around the future of the global economy in the backdrop of the pandemic. Here, he urged the G20 nations to discuss on developing standards for CBDCs with an open and accommodating attitude.

Another Chinese City To Trial CBDC With a Lottery Program

After Shenzhen, the Chinese city of Suzhou is all set to hold a lottery of the national digital currency next month. On Dec 12, during the shopping festival dubbed – Double 12, the city will give away CBDC and further monitor the usage, similar to Shenzhen. However, this event will also trial additional aspects of the technology that were not tested in Shenzhen.

The Blockchain-based Service Network (BSN), China’s ambitious project to bring a wide range of Blockchain applications under a single umbrella environment, continues to grow. This week, BSN has added Blockchain networks Polkadot and Bityuan and the technology firm Oasis.

On Nov 23, the Australian Border Force (ABF), in collaboration with the Singapore Customs Authority, launched a Blockchain trial. It will use Blockchain for exchanging trade documents between the two countries. It also aims to simplify cross-border trades. As per ABF Commissioner Michael Outram, the trial will help digitize trade and compliance records.

For some time now, Bitcoin and other cryptocurrencies have seen a wide-spread adoption in Nigeria. Nigeria is one of the few countries that recognizes digital assets as commodities. The nation also has laws formulated to govern these digital assets. This week, it was reported that Nigeria’s finance ministry is in talks with the country’s regulator to develop a framework for Blockchain and digital assets. The aim is to further drive the adoption of crypto in Africa’s largest economy.

Japanese financial firm SBI Holdings introduced a crypto lending service to its customers this week. The service will be handled by the firm’s crypto subsidiary SBI VC Trade. At the moment, Bitcoin (BTC) is supported. However, SBI plans to add support for Ether (ETH) and XRP in the near future. The minimum lending amount is 0.1 BTC, while the maximum is set to five BTC.

Facebook’s once ambitious digital currency project Libra, might finally see the light of the day in early 2021. As per reports, the currency might launch in limited format and pegged to the United States Dollar. Libra Association plans to add more fiat currencies to back Libra’s value in the future. January’s anticipated launch depends on regulatory approval from the Swiss Financial Market Supervisory Authority.

Inside the Crypto World

The Malta-based crypto exchange OKEx resumed withdrawals from its platform after a hiatus of over five weeks. Additionally, it proposed a compensation and a loyalty program in what seems to be an attempt to appease its disgruntled user base. The effort did not yield a positive result as the exchange recorded a massive outflow of Bitcoin (BTC) just minutes later. Over 2,822 BTC was moved from OKEx in a single block – block number 658,728.

Service disruptions are not new to the crypto exchange Coinbase. Reportedly, since March this year, the firm has suffered over nine outages. The latest among them occurred this week due to a massive breakdown of the underlying AWS services. The problems with the Kinesis data streaming service in the AWS US East region resulted in disruptions across a wide range of applications, including Netflix, Flicker, and even Coinbase.

Ran Neuner, who runs the Crypto Trader shown on CNBC, is planning to introduce, supposedly the world’s first live streaming service dedicated to cryptocurrencies. The station, named Crypto Banter, will feature a combination of news, interviews, and live discussions. This platform will be available 24 hours a day all through the year.

When users borrow crypto from DeFi platforms such as Compound, they need to submit collateral exceeding the borrowed amount to the lender. These loan transactions are managed automatically by smart contracts. A principal clause in it would be the actions that get initiated when the collateral becomes under or overcollateralized. In the circumstances where its value goes under, the contract forces the liquidation of the loan. DeFi contracts determine the value of the loaned collateral by the prices fetched from exchanges using oracles such as Chainlink.

This week, a malicious actor manipulated the price of the cryptocurrency DAI on Coinbase Pro exchange that resulted in the value of the currency to rise 30 percent. Compound platform uses the oracle that determines the crypto prices referring to the Coinbase exchange. When a 30 percent uptick was recorded, around US $89 million worth of loans got automatically liquidated as they lost their value.

And Finally, a Warning To Set up Mining Rigs in the Right Way

As per reports, a poorly constructed crypto mining farm caused a fire in a seven-bedroom apartment in St.Petersburg, Russia. The resident of the apartment, who was operating the rig, had allegedly failed to set up the cooling equipment required for the equipment. He suffered severe burns and was hospitalized. The 16 firefighters in four fire engines took 40 minutes to put out the blaze.

Listen to My Newsletters