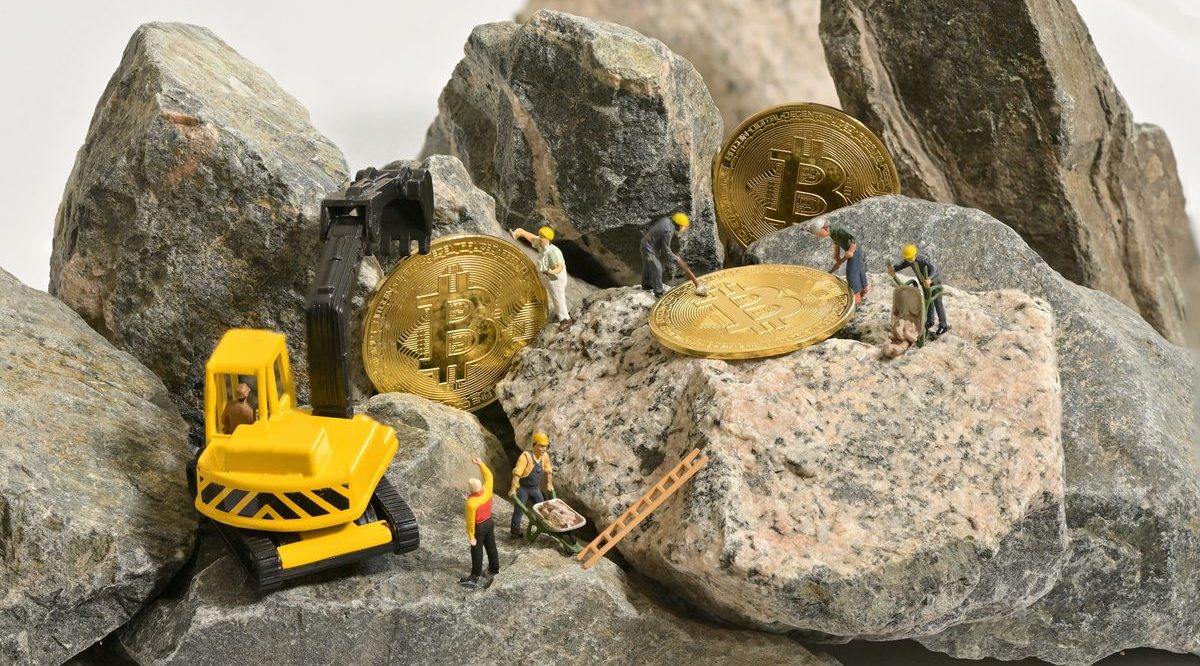 Earlier this week, the payment processing giant Visa revealed that it had bought a CryptoPunk NFT for over $150,000. Visa is very bullish on NFTs, and as per Cuy Sheffield, VP and Head of crypto at Visa, NFTs would play a vital role in the future of retail, social media, and entertainment.

Budweiser USA updated its Twitter picture to a rocket ship. The reason, it seems, is that Budweiser is collecting NFTs now, and this week, it has bought the NFT of a rocket ship designed by the crypto artist Tom Sachs for 8 ETH. While at it, the beer company has also purchased Beer.eth domain name for 30 ETH.

Would you pay a million dollars for a picture of a rock with which you can do nothing but pass it on to someone else? Well, there seems to be no lack of NFT connoisseurs who would not shy away from spending such exorbitant prices. On the NFT platform EtherRocks, a picture of rock was sold for $608,000 this week. Meanwhile, Justin Sun of Tron claims he has bought a rock JPG for $500,000.

Substack Subscribers to Pay in Crypto

The Bitcoin payments processor OpenNode announced this week that it has partnered with the Substack publishing platform to enable Substack’s subscribers to pay using Bitcoin. To begin with, OpenNode and Substack will allow Bitcoin payments for a select few crypto publications via the Lightning Network.

For the first time since May this year, Bitcoin has crossed US $50,000 this week. Though the crypto enthusiasts expect the price to rise above $60K shortly, at the moment, there is a drop, and at the time of writing, one Bitcoin was worth $48,920.99.

Square CEO Jack Dorsey first announced a new “TBD” unit in July this year. Since then, there has been a lot of speculation on what is the purpose of this division. This week, Dorsey shed some light on it in a tweet, where he announced that this latest venture would focus on developing a decentralized exchange for Bitcoin.

On Aug 24, the developers of the Geth Ethereum client had released an emergency hotfix to “to a high severity security issue.” Some network validators failed to apply this patch, and as a result, the Ethereum network split into two chains.

Ethereum Foundation Gets $1.5 Million in Donations

Six crypto companies have donated a cumulative of $1.5 million to the Ethereum Foundation. The foundation announced that the donations would go to the teams working on technical upgrades to achieve Ethereum 2.0.

PayPal Gears up on Crypto

This week, PayPal extended its crypto offerings outside the US with its expansion of the services to its UK customers. Now, PayPal’s UK customers can buy, sell, and hold Bitcoin, Ether, Bitcoin Cash, and Litecoin using their PayPal wallets.

Finally an End to the Wild Poly Network Adventure

The hacker who made away with $600 million from Poly Network has released the private key for the last $141 million of the stolen stash. With this, “one of the most wild adventures in our lives,” as they call this hack, has come to an end.

Sam Bankman-Fried’s FTX Trading will lend $120 million to Japanese crypto exchange Liquid Global that suffered close to a $100 million hack last week. Liquid Global, in its announcement, also stated that these funds would go to strengthening its capital and providing liquidity.

Cybersecurity firm Trend Micro reported over 120 dubious online crypto mining apps to Google, which the internet giant promptly took down from its play store. The security firm, however, claims that there are still several similar questionable applications in the store. Some of these apps seem to have been downloaded more than 100,000 times.

The Brazilian federal police have seized $28.7 million worth of cryptocurrencies during Operation Kryptos. It is part of an investigation into a supposed pyramid scheme that has also resulted in the arrest of five people.

In an interview, Facebook’s David Marcus emphasized that the social media behemoth is “definitely thinking about” adding NFT support to its Novi digital wallet. He, however, said it was too early to discuss the specifics of the plan.

The Bank of International Settlements’ (BIS) Hong Kong charter is teaming up with the Hong Kong Monetary Authority (HKMA) on Project Genesis. It aims to build a digital infrastructure that enables accessible and sustainable investments in the form of tokenized green bonds.

Carbon Footprint Reporting as a Service

USAF Turns to Blockchain for Security

The United States Air Force (USAF) is partnering with Constellation, an open source Blockchain platform, to enable secure communications with its commercial partners. Constellation will use its Hypergraph network to build a secure data exchange platform for USAF units.

India could start a CBDC pilot as early as December this year, said the governor of the Reserve Bank of India in an interview. The governor also stated that the central bank is currently studying matters of security and the impact of a CBDC on the country’s monetary policy.

The Securities and Exchange Board of India (SEBI) announced that it plans to roll out a DLT based system to strengthen the process of creation and monitoring of securities. It plans to have the platform ready by April 1, 2022.

Internet giant Microsoft wants to help you create digital tokens on any network of your choice easily. To that effect, it has been awarded a US patent for a “Ledger independent token service.” As per the patent, such a system would enable users to create tokens and manage them across different networks.

Justin Blau, popularly known as DJ 3LAU, aims to upend the music industry. He is launching Royal, an NFT platform for music that lets fans who buy the NFTs to share royalties with their favorite artists. This week 3LAU announced that he had raised $16 million towards his goal to kickstart his venture.

In honor of late NBA star Kobe Bryant, NFT platform Cryptograph auctioned eight previously unseen photos of Bryant. All proceeds from the auction went to the Mamba and Mambacita Sports Foundation, established in memory of Bryant and his daughter Gianna by Bryant’s widow Vanessa. The foundation supports young women athletes and underserved communities.

And Finally, Saylor Is Back

After a brief lull, Michael Saylor and his business intelligence firm MicroStrategy are back to their Bitcoin buying spree. This week, MicroStrategy added another 3,907 Bitcoins worth close to $177 million to its ever growing Bitcoin treasure trove.